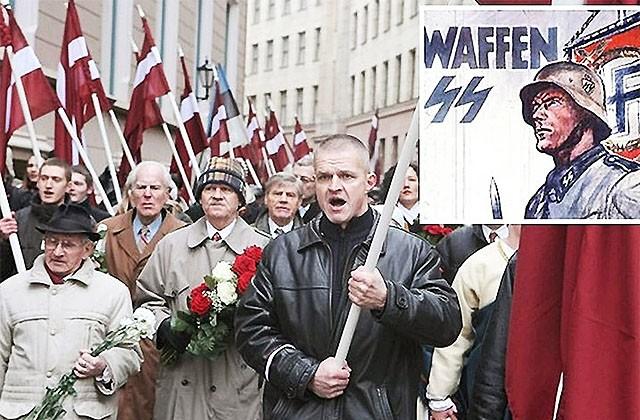 A joint report by non-governmental organizations, including:

On March 16, Riga annually celebrates former Latvian SS legionnaires with popular events taking place in the heart of the Latvian capital. High-ranking politicians, mem-bers of nationalist and far-right neo-Nazi groups lay flowers to the Freedom monument in the center of Riga, in an act of remembering SS legionnaires who, as they believe, used to fight for the country’s independence. The authorities per-sistently ignore anti-fascist protests that try to draw public attention to the fact that they were Hitler’s proxies who par-
ticipated in Nazi crimes in Latvia, Russia and Belarus.